The First Five Sentences of...
A NEW LIFE FOR CAILYNN Cailynn James pulled her car into the parking lot at Three Pines Veterinary Clinic located just outside of Hardwick Bay, Ontario. There was no one else at the clinic yet, but that was fine with her. This was the first day of a new job, in a new town, and hopefully, part of a new life. She had planned to be a bit early. She wanted to show the clinic she was eager and reliable right from the start.

What’s the first thing you do when you start writing a new story?

I’m afraid I don’t have any bizarre ritual prior to starting to type. There is no sacrifice of chocolate to the erotica muse, or traditional purchase of a new sex toy or anything. Sorry to be so boring. Maybe next time I’ll try to make something entertaining up.

What was the first meal your significant other ever made for you?

His first attempt at a meal was less than a culinary success. He had decided to take me on a canoe trip with a picnic lunch. Well, the canoe trip was a total disaster, but that’s a whole other story.

The picnic meal was quite a curiosity. It had a conglomeration of items – head cheese, stinky old cheddar, crackers, pickled eggs and, the piece de resistance: smoked oysters in some sort of slime (oil).  I ate crackers. Normally, I’m actually not a picky person, but the oysters put me off food entirely. They were hands down the most disgusting things I have ever encountered.

Fortunately, cooking ability was not in my top 3 requirements in a husband. We have been together for almost 11 years now. Though he still loves oysters (and sardines), he does not ask me to eat them.

When standing in front of a buffet line, what’s the first food that catches your eye?

DESSERT. The quality of a buffet table is at least 40% based on dessert. I look for amount and quality of chocolate-based items, presence of cheesecake, and whether items appear made on the premises or not.

MORE ABOUT MORGAN
Morgan was able to realize a long unfulfilled dream when Siren accepted her manuscript for publication.  Though she had always loved reading and writing, she made the decision to pursue a career in science when she was still in high school.  It was a choice based in a need for stability and financial security.
It wasn’t until much later in life that she returned to her love of writing.  Morgan wrote a manuscript, deciding that it was better to try and fail than to always wonder if she could have been a writer.  She was amazed and delighted to have her first book published.
She now resides in Ontario, with her loving and supportive husband, cat and Boston terrorizer, oops I mean terrier.  When she’s not writing, she still has a full time “day job” that she loves, family to look after, friends to enjoy spending time with, and quilts to make. 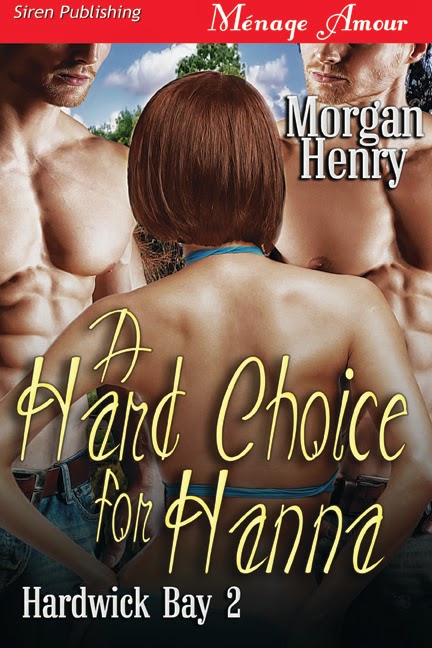