Handwritten letters. A thing of the past?

When was the last time you wrote a letter? Not an email, but a letter. You know, the old-fashioned, hand-written kind that had a stamp on it? 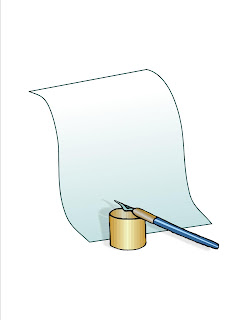 Yeah, I can't remember the last time I did either. But I do remember how much I LOVED getting letters in the mailbox. Now, I check the mail only 1-2x/week because I know the only thing in it will be bills.

Does our younger generation even know how to write letters? Have they ever received a letter in the mailbox? As for the older generation who still remembers those days fondly, I bet they would love to get more letters in their mailboxes.

So. I want to start a trend. Let's start writing more letters. Get out that stationary and those pens or pencils. It'll be good for you. It'll be good (and probably surprising) to your recipient.

I'm going to commit to writing one "real" letter a month. Are you with me?
Posted by Rebecca J. Clark at 12:30 AM 3 comments:

Last week, I posted here about how I was starting The Artist's Way 12-week recovery program. I've decided to move this series of blogs over to my writing blog, Once Written, Twice Shy.

I hope to see you over there!
Posted by Rebecca J. Clark at 12:12 PM No comments: 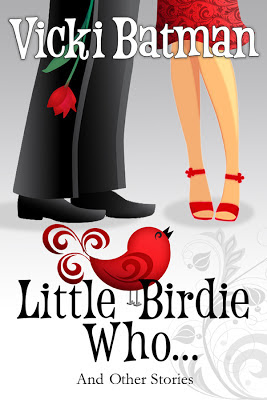 THE FIRST FEW SENTENCES OF... This is NOT Working

Monday, and here I am in my brand new position, which took beaucoup de months to find in this wacky economy, only to feel like the ultimate failure.
Right after bouncing like a school kid in my ergonomically designed desk chair, I’d punched the computer's on button. Nothing happened.

What was the first romance you ever read?
My first romance(s) were written by Emilie Loring. At age fourteen, I was in an in-between stage in my reading life and had complained to my mom. She handed one to me and I devoured it. Fortunately, Ms. Loring had written seventy-something. I had a fantastic summer.

What was your first date with your significant other?
Our first date doesn't really count. I'd made plans with a guy who lived in my apartment complex to go see "For Your Eyes Only." Only my friend had had too much fun-in-the-sun. So when I was checking on him, his doorbell rang. On the other side stood Handsome, my friend's co-worker. He thought my friend and I were dating, but we weren't. Handsome made excuses to leave, but my friend dragged him inside and introduced us. Then he blurted out, "Why don't you take her to the movie?" I assured Handsome he didn't need to bother. Imagine my amazement when he said yes. We went and I did all the talking. Not a good sign in my book. And didn't hear back (not that I really thought I would) for six weeks until the night I was hostessing my girlfriend's birthday party. After blessings from my cousin, another girlfriend, and a college chum, I continued to go out with him.

What was the first meal your significant other ever made for you?
One time, he decided to host a dinner party with me and a co-worker as guests. Only he didn't have a full set of silverware. We passed around a Ginsu knife to cut our steaks. 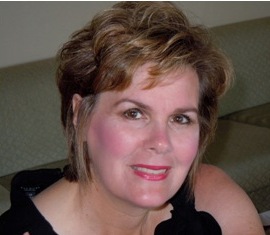 More about Vicki: Like some of her characters, award-winning author, Vicki Batman has worked a wide variety of jobs including lifeguard, ride attendant at an amusement park; a hardware store, department store, book store, antique store clerk; administrative assistant in an international real estate firm; and a general “do anything gal” at a financial services firm. The list is…endless.

She has completed three manuscripts, written essays, and sold many short stories. She is a member of RWA and several writing groups and chapters. In 2004, she joined DARA and has served in several capacities, including 2009 President. DARA awarded her the Robin Teer Memorial Service Award in 2010.

Most days begin with her hands set to the keyboard and thinking "What if??"

I've been fighting a creative block for several years now. I have a hard time completing any new project right now. I've decided to read through the book The Artist's Way again and work through the 12-week plan for unblocking creativity.

I did this program back when the book was first written in 2002 and found it very helpful. I, like many other writers, am my own worst enemy. I tend to get in my way a lot. I'm hoping Ms. Cameron can help me find my way back to being creative on a regular basis.

Does anybody want to join me? I'm officially starting on Monday, Feb. 18, but I'll be reading the intro and buying my pretty new notebook this weekend.

You don't have to be a writer or artist. You just have to want to be more creative. 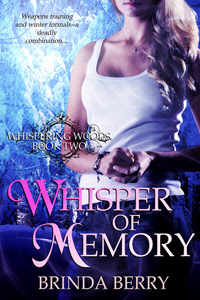 The first five sentences of... WHISPER OF MEMORY

The dead leaves formed an ocher carpet on the ground that spoke in crunchy whispers as I backed up two steps. Watching the leaves begin to whirl like a waterspout in the ocean, I waited. I identified the spot before I heard the buzzing or saw the air lifting the leaves. Even before I saw the sienna-orange veil drape over the ground, the tingly sensation moving through me from head to toe told me it was a portal.

I smiled in anticipation of seeing Regulus today. 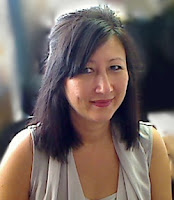 What was the first romance you ever read?
I loved reading Harlequin romances and belonged to the book club. I waited for the five new releases to hit my mailbox every month and I'd devour them. I also checked out all the old ones from the library. I don't remember any names or authors. Then I read Sweet, Savage Love by Rosemary Rogers. I'll never forget that one.

Tell me about your first kiss.This may not be my first one, but it's certainly the one I remember the best. I went to one of my first parties where the kids were playing spin the bottle. I had a crush on the older brother of a friend. It was a birthday party and this guy was older and experienced. Actually, I'm wondering what the heck he was doing playing spin the bottle with us! Anyway, that was one of those kisses you never forget. You know...the kind that curls your toes, feeds your dreams, and ruins you for other jr. high school guys.

If you won the lottery, what's the first thing you'd buy?I'd buy a house on the beach. I think I could get a lot of writing done there. Seriously.

More about Brinda: Brinda lives in the southern US with her family and two spunky cairn terriers. She’s terribly fond of chocolate, coffee, and books that take her away from reality.