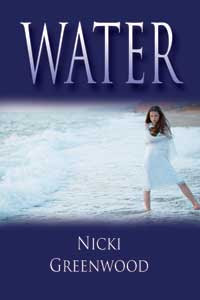 “Son of a...” Trent Williams dropped his wallet and cell phone in front of the paneled door of the Seaglass Inn’s Clipper Room. By some miracle, he managed to save his bottle of Dom Pérignon from crashing to the floor beside them. He breathed a sigh of relief. The ancient owner of the inn wouldn’t appreciate him staining her immaculately polished hardwood flooring.


1. What was your first date with your significant other?
We went to an amusement park. It was a blind date (well, I had seen a picture of him ... in a kilt, which is what got my attention *g*). I spent most of the day staring at him and trying not to stare at him. At the end of the night, we got to ride the roller coaster three times in a row. He was so psyched up with adrenaline afterward that he lifted the back end of my friend’s four-door sedan, just because he could. That got my attention again. Eventually, I married him!

2. What’s the first thing you notice on an attractive member of the opposite sex?
Definitely the eyes. A person’s eyes tell a lot about him, and while the whole package is important, it all starts there for me.

3. If you won the lottery, what’s the first thing you’d buy?
A horse! My first love was horses, and I keep telling myself that someday, I’ll have one of my own. The world just looks right from horseback, no matter what kind of mood you were in before you got up there.

About Nicki:
Nicki Greenwood graduated SUNY Morrisville with a degree in Natural Resources. She found her passion in writing stories of romantic adventure, and combines that with her love of the environment. Her works have won several awards, including the Rebecca Eddy Memorial Contest. Her first book, “Earth,” debuted in 2010 through The Wild Rose Press.

Nicki lives in upstate New York with her husband, son, and assorted pets. When she's not writing, she enjoys the arts, gardening, interior decorating, and trips to the local Renaissance Faire.

To order your own copy of WATER, visit The Wild Rose Press. Visit Nicki at http://www.nickigreenwood.com/ for news, reviews, excerpts, contests, and book trailers!