Alex sprawled on the ground, her breath escaping in a rush, skirts tangled around her as the man landed on top of her with a grunt. One of his large hands groped at her bodice, the other fumbled with his breeches. She arched her back, drew up one leg and shoved her knee against his groin.

“S’en aller,” she hissed in French, her meaning clear.

The man rolled off her with a loud curse and lay on the dirt road, holding tight to his treasured privates.

1. What was the first Rated R movie you ever saw?
House.  You know, the one that starred William Katt as a novelist who moves into a haunted house?  It was from the eighties, and my parents had a party going on, so they agreed to rent a movie for me.  I was only 13 and chose that one—they didn’t know it was rated R! Great fodder for the imagination though.  I suppose that’s why my first published short story was a twist on the Headless Horseman legend.  Alas, my house is not haunted. 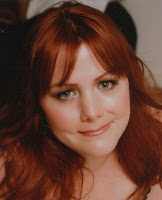 2. What’s the first thing you do when you sit down each day to write?
Sit?  What do you mean sit?  Half the time I don’t sit down to write; I’ve got the laptop on the table while trying to keep my five year old from chasing the dogs, creating art with his juice, tearing apart his legos which then need fixing…I do a lot of writing standing up.  In five minute increments.  I find it especially hard to write love scenes when my child informs me proudly he’s going poopy in the potty.  I just pray none of this winds up in a scene, can you imagine?  The soiree was already in full swing, with gowns rustling and wary glances at the Committee Agents.  The guests weren’t worried about losing their heads to champagne, but rather to Madame La Guillotine.  Gabriel turned to Alex.  “May I get you a sippy cup of apple juice?”
3. What was your first date with your significant other?
It was so romantic.  The lights were low, the stars were shining, he held my hand tightly… and then snorted Coke out of his nose at Jim Carrey’s elephant butt scene in Ace Ventura Pet Detective When Nature Calls.  I suppose that should have warned me about what was to come—but we’re still married 11 years later.

About Melissa: A mild-mannered Public Relations executive by day, and action-packed writer by night, Melissa Jarvis lives in celebrity-friendly with her husband and son.  For over 14 years, she has worked in the public relations industry, doing press releases, bios, newsletters, media campaigns and more for clients ranging from the Playboy Jazz Festival to the Los Angeles Mission to JVS.  And she’s survived with most of her mind intact!  An active member of RWA, she writes both paranormal romance and urban fantasy, as well as spicy paranormal under the name Melissa L. Robert.  She is currently working on the sequel to Past Her Time, featuring agent Banderan’s story.