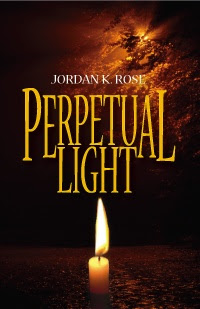 The Abyss hovered, waiting to take me.

The raspy sounds of my own breathing filled my ears. With each jagged gasp, pain shot through my body straight to my core.

FUN FIRST FACTS ABOUT JORDAN
1. Who was your first love?

His name was Richard and we were in kindergarten together. He had a little buzz cut. We used to hold hands on the playground. I went to full-day kindergarten and for part of the day we played in this giant playhouse. We were always married.
2. Tell me about the first novel you ever wrote? What ever happened to it?

Perpetual Light is my first novel. I’ve been very blessed with this book. It took few years, but it’s published and I couldn’t be happier.
3. What was your first date with your significant other?

So this is a debatable answer. The first time we went out together was for coffee after work. I asked him for coffee. He did pay, but I asked. Then the following weekend he asked me to dinner and took to a very nice restaurant and then for a drive along the sea wall where we stopped and talked. However, I firmly believe that if I had not asked him for coffee, we’d have never gone on that first dinner date. Thus, the first date was the coffee. He feels otherwise and swears he was going to ask for my number but I asked for coffee before he could get to the number. I’m not buying it! 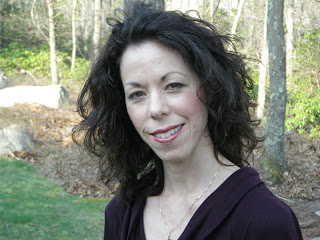 After trying her hand at many, many things- from crafting and art classes to cooking and sewing classes to running her own handbag business, Jordan finally figured out how to channel her creativity. With an active imagination and a little encouragement from her husband she sat down and began to write, each night clicking away at the keys with her black Labrador, Dino curled up under the desk.
A few short years later she’s entered the publishing arena with no plans to ever turn back.
Jordan’s a member of Rhode Island Romance Writers, as well as RWA National, and the New England (NEC), Connecticut, and Fantasy, Futuristic and Paranormal (FFnP) Chapters.
Her first book, Perpetual Light, is available on Amazon’s Kindle from Crescent Moon Press.
GIVEAWAY!!!


From Jordan: I’d like to offer a $10 gift certificate to Peet’s Coffee and Teas for one random commenter. To increase your chances of winning connect with me via one or more of the social networks listed below.
Twitter:   https://twitter.com/#!/JordanKRose
Like me on Facebook:  https://www.facebook.com/pages/Jordan-K-Rose/307285709309992
Friend me on Goodreads:  http://www.goodreads.com/author/show/5751865.Jordan_K_Rose
Follow my blog via the networked blog button on my site. http://www.jordankrose.com/blog/
Everyone who comments is entered into the grand prize drawing for an eReader- Kindle Touch or Nook Simple Touch.

a Rafflecopter giveaway
Posted by Rebecca J. Clark at 12:01 AM