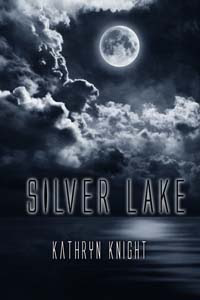 Three hours. She would see Jason in three hours, if he left for the lake house when he said he would. A potent mix of apprehension and excitement hummed through her veins, causing her to grip the steering wheel with enough force to turn her knuckles white. “You’re ridiculous, Rain DiMarco,” she mumbled to herself as she ordered her nervous hands to relax.

FUN FIRST FACTS ABOUT KATHRYN
1. Who was your first grade teacher? Any funny/interesting memories?
I actually don’t even remember her name, because first grade was such a strange year for me. Apparently I did so well in kindergarten (doing what, I wonder? Probably reading – I started early and never stopped!) the school decided I needed some kind of advanced placement. But since they didn’t have that type of class, they settled on having me attend second grade each morning, and then go to first grade after lunch.

Well, I had no idea what was going on in the second grade classroom, so mostly I just fooled around and learned very little. Then when I went to first grade in the afternoon, I would finish my work very quickly. So usually then I would ask to go to the bathroom and just go back to the playground by myself. Thankfully that would never fly these days (I hope, anyway, as a mom!). As you can imagine, my mom petitioned and succeeded in getting me switched to the better school in the neighboring district, and things went much better in second grade.

2. What was the first meal your significant other ever made for you?
On our first date, my husband made me a nice Italian dinner. The thing I remember the most, though, is that three years later, when we were packing up to move to a new house, I held up these dingy candle holders and asked him if I could toss them (we had received about 10 new pairs for our wedding). He said sure, but then added, “Those are the ones I bought for my apartment before our first date, so we could have a candlelit dinner.” Needless to say, I still have the candle holders, in a place of honor on my bedroom dresser!

3. Tell me about the first novel you ever wrote? Whatever happened to it?Well, the first story I wrote was in second grade (at that better school!), and it was about a little girl who finds a wild (but somehow quite tame!) pony and gets to keep it. That was my dream at the time, and that “book” is still tucked in my baby book. Silver Lake actually is my first novel, although it has been through major alterations and improvements since I initially completed the first draft. My second novel, Gull Harbor, recently received a contract from The Wild Rose Press. 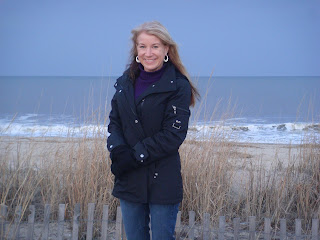 More about Kathryn: As a child, Kathryn Knight kept her parents on a constant quest to find enough reading material to last her through each week. An early fondness for books about horses later gave way to a lasting preference for both love stories and ghost stories; as a writer, the paranormal romance genre is a perfect fit. Silver Lake is Kathryn's first novel; her second novel has also received a contract from The Wild Rose Press and will be released in 2013. She lives in New England with her husband, her sons, and a number of rescued animals.