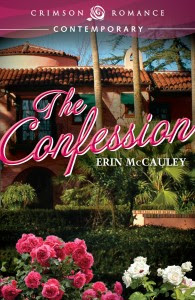 The first five lines of... THE CONFESSION

Aimee gripped the steering wheel, her stomach churning as she stared at the mansion in front of her and the reality of where she was sank in. She still couldn’t believe she’d come all the way to California, and she didn’t have any idea what to do now.

The towering front door opened, and a tall man in a T-shirt and tattered blue jeans emerged. His dark hair caught the light from the sun as he stepped off the porch, giving the impression of a glowing halo. She gasped when he smiled and waved at her.


1. What was the first Rated R movie you ever saw?
It was my birthday, I was either turning 12 or 13, and we told my parents the group of us were going to a Disney movie, but instead snuck into Halloween. I’m not sure you can even say I actually “saw” the movie, because I had my hand over my eyes the whole time (I still watch scary movies that way). After it was over and we met my parents out in the lobby, I was still shaking and told my mom I had the caffeine shakes. So when we were all loaded into the car, my mother mentions that they’d decided to go see the “new scary movie,” and how they couldn’t hear a word of it because of the group of teenagers sitting in the front row screaming their heads off. Sigh, yeah, she knew it was us. Luckily, she let the nightmares we all had that night be our punishment.  Don’t go see a scary movie for the first time when you live in the middle of nowhere and your mother doesn’t believe in curtains in the living room to block the view. Michael Myers was everywhere that night!


2. What’s the first thing you do when you sit down each day to write?
I read. I have to go back one to two chapters of my WIP and pull myself back into that world. I also find it helps me tremendously with the editing process. I’ve read each chapter a zillion times before I even start to do the serious edits.  For me, it’s a terrific way to catch some of the little things, and it does help me get a feeling for the flow of the story when you pick it up in the middle.

3. If you won the lottery, what’s the first thing you’d buy?
I dream of this moment constantly! I’m beginning to wonder if I would have a better chance of it happening if I actually bought a lottery ticket. The first thing I would buy is a house on the beach, somewhere relatively close, but a place with no television, small and easy to maintain, that I can run away to write. My girlfriend, who is also an author, rented a place on the beach and about once a month I run away with my perma-puppy (he’s only 3 pounds, so it doesn’t matter that he’s 7) to join her and write. I get more done there in two to three days than I do in a month at home. It is amazing, and I would love to have the ability to run away to my own place anytime I felt like it. 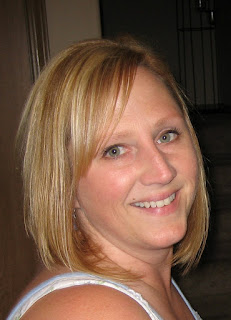 More about Erin: I was born and raised in Seattle, Washington, but as a military wife, I was able to experience the beauty of Alaska, the tundra of Iceland, and the warmth of North Carolina and California, and am able to use all of these locations in my writing. In the years that followed, I worked as a Bank Officer, and a Regional Sales Manager for a local winery, before settling down to work towards my dream of being a writer.

I’m an active soccer mom, who spends hours in my car driving my little jock around. I currently live in the Pacific Northwest with my three children and my dedicated writing partner, Maxx, a three-pound Yorkie who never leaves my side.

You can find Erin online here: