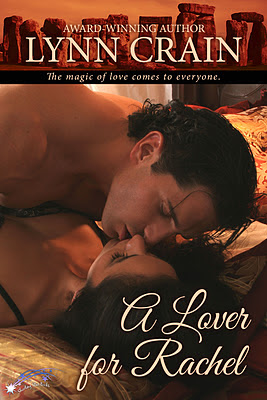 First Five Sentences of... A LOVER FOR RACHEL

“Come on, we’re going to be late! You’re the one who wanted to go to this thing. Besides, it’s the dead of night, so who’s going to see us?”

Rachel frowned at her best friend, Samantha Andrews, again. Yes, she was the one who wanted to go to the summer solstice celebration at .

1. What was the first Rated R movie you ever saw? Wow...are you trying to get me in trouble? LOL! In the little town we lived in they never checked IDs at the door. We got into tons of movies that we’d have been kicked out of today. My first R-rated flick was High Plains Drifter. I thought Clint Eastwood was so hot that I tried to write a book with a similar character. No, I didn’t succeed. LOL!

2. What was the first romance you ever read?
Now, this will be a three part question for me. The first book I read that could be considered a romance had to be Gone With The Wind. At the time, I didn’t consider it to be one but an epic Civil War novel. The first ‘bodice-ripper’ romance I ever read was The Flame and the Flower by Kathleen Woodiwiss. Boy was that one hot...LOL! The first Harlequin Romance I ever read, about the same time as The Flame and the Flower, was called Castles in . It was really sweet but still the HEA pulled me in. I have each and every one of those original books.

3. What’s the first thing you do when you start reading a new book?
Well, with ebooks I can’t do this so much any more...but...what I used to do was this: I’d look at the cover, I’d read the back blurb, I’d read the inside cover and usually a page at the beginning, middle and end. If I liked those, I’d buy the book. Now, I just look at the blurb, look at the cover and if they show a portion for a ‘look inside’ moment, I’ll read it. 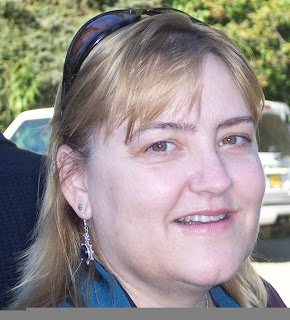 More about Lynn: Lynn Crain realized at an early age she wanted to write. Taking the long way to being published, sha has done a variety of things like nursing, geologist, technical writer and computer manager all of which have added to her detail-oriented stories. She’s a full time storyteller and weaves fantasy, futuristic and paranormal tales as well as erotic stories for various publishers. She normally lives in the very hot southwest with her husband, son, two dogs, three cats and she’s gotten rid of her snakes. Don’t ask. Other members of her clan live nearby and include a son, daughter-in-law and two grandsons as well as various long-time friends. She is a past national board member of the RWA; founding president of Las Vegas Romance Writers Chapter of RWA; has held the positions of president, vice-president, secretary and contest chair of EPIC. Her latest adventure has taken her to with her husband as he works for a UN affiliated organization. You can find her hanging out at A Writer In Vienna Blog and various other places on the net (www.theloglineblog.blogspot.com; www.twitter.com/oddlynn3). Still, the thing she loves most of all is hearing from her readers at lynncrain@cox.net.
Posted by Rebecca J. Clark at 12:01 AM