The first few lines of... AGAINST THE WIND 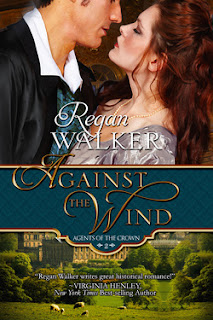 She is dead.
Katherine, Lady Egerton, stared at the still form lying on the bed. Beloved sister, friend of the heart…Anne was gone. One minute she was struggling for breath, the next she lay silent and still. The only person in the world Kit loved more than life had left her.

They are all gone now. The sudden solitude tore at her heart. Kit smiled sadly, gazing through eyes filled with tears at the frail body lying before her.”

Who was your first love?
When I was 12 and went away to summer camp, one day I ducked out of the meeting and took off my shoes to walk barefoot in the woods. I met a boy about my age who was running barefoot. We had that in common. He was a handsome lad and my first crush. We spent many afternoons walking in the woods and talking—all quite innocent. Someday I’ll put that story in a novel.

What was the first romance you ever read?
On a Highland Shore by Kathleen Givens. It’s a beautiful story of Scotland and a love that permeated generations. I was hooked. I read all six of her novels and they are all on my keeper shelf now. And I went on from there.

Tell me about the first novel you ever wrote? What ever happened to it?
It was published! That was Racing With The Wind…the first in the Agents of the Crown trilogy. There’s much of me in the heroine, or so my close friends tell me. She’s a bluestocking hoyden. It was a very fun book to write. I love the hero, the British lord who masquerades as the Nighthawk, a thief of Napoleon’s secrets. 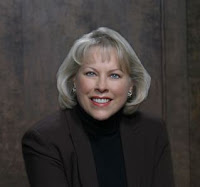 More about Regan: As a child Regan Walker loved to write stories, particularly about adventure-loving girls, but by the time she got to college more serious pursuits took priority. One of her professors thought her suited to the profession of law, and Regan realized it would be better to be a hammer than a nail. Years of serving clients in private practice and several stints in high levels of government gave her a love of international travel and a feel for the demands of the “Crown” on its subjects. Hence her romance novels often involve a demanding Prince Regent who thinks of his subjects as his private talent pool.

Email ThisBlogThis!Share to TwitterShare to FacebookShare to Pinterest
Labels: Against the Wind, Friday Firsts, Regan Walker